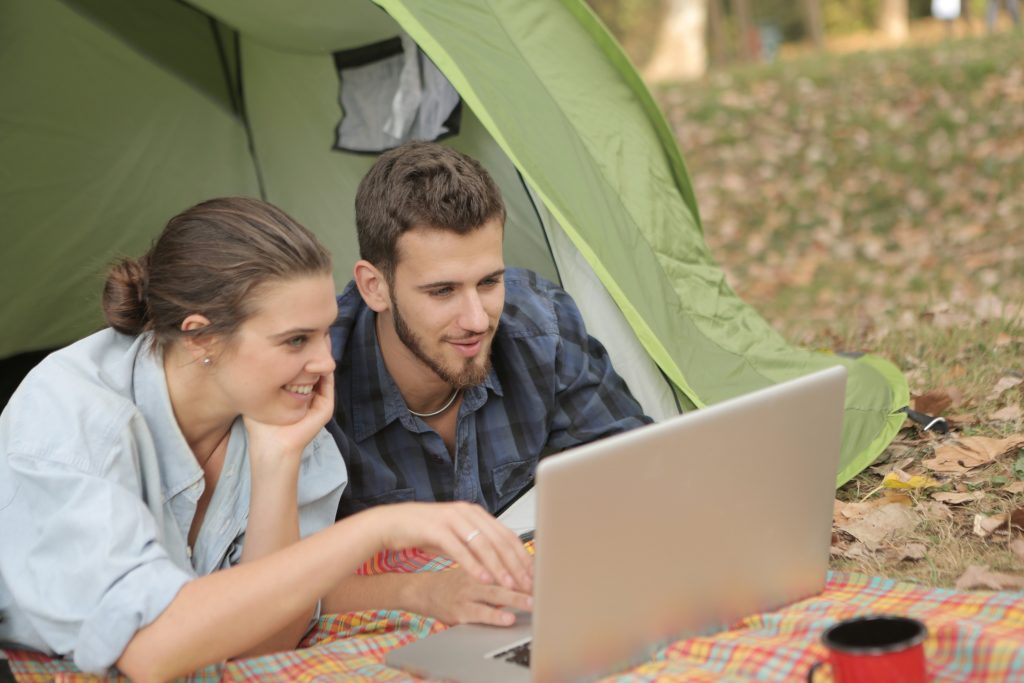 Making a reality out of of being a Digital Nomad, or being a roaming work and live from anywhere type of person, has been long hindered by the limitations of WiFi, and in some cases, even cellular and mobile networks. While 4G, and now 5G promise broadband like speeds, challenges such as data caps and throttling, along with challenges with range and signal strength have limited this to more urban spaces. This limitation has been shared by those with RVs and living in rural areas as well.

The urgency to resolve these issues has only expanded with the global pandemic. As our traditional travel plans are giving way to a new way of living. The rise in work from home and work from anywhere opportunities has made it easier than ever to pack up and go. However, where once urban areas provided the opportunity to live out these desires, the pandemic has changed our perception of where we want to do our remote work and digital nomading.

Even before the pandemic, there was a clear need for high speed internet in more places. While 4G/5G provides some coverage, the coverage limitations made it relatively impractical to roll out in some of the most remote places. In addition, the quality and performance degrade quickly across different terrains.

Enter SpaceX, the expected first to market high speed, low latency internet by satellite. Founded by Elon Musk, who brought a revolution in electric cars with Tesla, SpaceX promises a similar revolution in the way we get our internet. SpaceX has promised high speeds, targeting up to 1GB and low latency, 20ms or less.

When We Will Have This?

SpaceX internet is expected to be on sale to the public by the end of 2020. The initial service area is expected to be the Northern US and southern Canada. While this will reach a large number of people, this is still a relatively limited area, geographically speaking.

SpaceX is planning to launch additional satellites in 2020 and 2021. Expect coverage throughout the majority of the US and Canada by the end of 2021. SpaceX’s long term goal is to provide truly worldwide coverage. This is expected to include Europe, Asia and Africa. Whether this will include extraordinarily remote areas such as the Arctic or Antarctica is yet to be seen.

As SpaceX recently began beta testing their product and applying for FCC and other certifications needed to begin selling their services, we are starting to see this become reality. The first suspected live trail beta tests turned in performance ranging from 11mbs to 60mbs. While a number of people will note this a is LONG way from the desired 1GBs speeds there are a few things to keep in mind:

Why does all of this matter? It shows that even in the very early stages the product is likely to be highly viable. Given more satellites and more optimization its not hard to assume these speeds will be highly competitive with mobile and far superior to other existing satellite solutions.

While there is still a long way to go to reach the portability of 4G/5G, since the sat. service still requires a sizeable dish with line of sight. Business Insider recently posted this picture that shows what the dish is believed to be like.

Also, while SpaceX is expected to challenge more traditional ISPS we are still likely a few years away from that as well. For one, there are only early stage plans for large scale deployments of the service in places like apartments and other communities. So unless you own a house with the correct line of sight, you won’t likely be able to take advantage of the service even if are in the coverage area.

Will This Transform My Travel Internet?

Simple answer is not anytime soon. While the idea of high speed, low latency internet anywhere in the world sounds very appealing to the Digital Nomads and travelers, there are a few challenges. We already noted the rather sizeable dish needed for SpaceX. It’s going to be some time until there is a travel friendly sized dish. The dish will also need to be aimed. The experience sounds like it will be a lot more like DirecTV or Dish for cable TV than a cellular hotspot.

If you are considering putting off buying a cellular based hotspot or even a travel router because you expect to be traveling the world using satellite internet, don’t. It will likely be several years, at the absolute earliest before it becomes a reality. 3-5 years is far more likely.

That being said, expect in the next year or two to see options available for RV WiFi. Much like Dish and DirecTV offered for cable TV on the go, the possibility of creating a self aligning and/or easily aligned dish that can be used on top of an RV is highly likely.

How Expensive Will Satellite Internet Be?

SpaceX prices are rumored to be about $80 a month.

There is still a lot unknown. Will there be data caps like there are with mobile? What will equipment costs be like? Unfortunately, outside of the price of service we don’t know much, and we know even less about the costs relating to using satellite while traveling.

However, one thing we are sure of. If the platform is successful it could create a revolution for internet access. Not only could it provide universal access worldwide to the internet, it could also allow us to disconnect from cities and urban areas without losing access to technology, even while on the go.