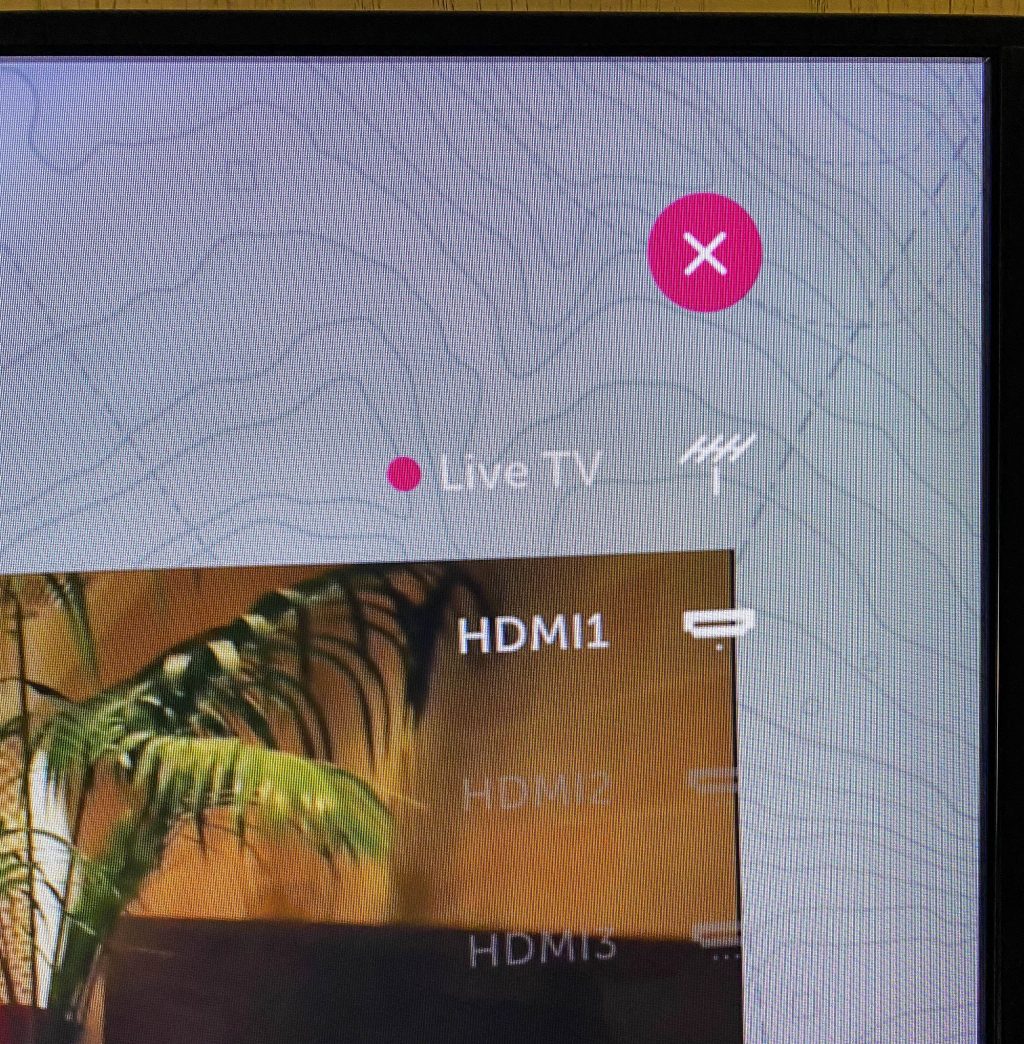 For anyone who travels with their own streaming stick or device, one of the biggest challenges can be switching the hotels TV to the correct input. The second most common challenge is available power, but that’s another blog post.

Let’s dive right in and show you how to change the TVs input. In our experience we were able to change 90% of hotel TVs using one of these methods.

While quickly becoming obsolete, a number of full service hotels (Marriott, Hilton, Hyatt, Westin, etc) still use the On Command system to control TVs. They are also reasonably common at mid-tier hotels.

Gaining access to the input control on these TVs is usually accomplished 1 of 2 ways:

TVs with Buttons On The Side, Bottom or Top

For TVs with buttons on the Side, Bottom or Top this is usually pretty straight forward. You can adjust the input and put it back without impacting the next guest.

Go to the TV and on the back look for the cord from the command box to the back of the TV that looks like an old phone cord. This known as a RJ45 cable. Unplug it.

One thing to note that most other blogs and articles don’t cover- you generally will lose all remote control functionality and sound control when you do this. While you can adjust the volume by walking up to the TV, that is a bit old school. Consider a streaming stick device that can automatically detect the TV via the HDMI port and control the volume.

TVs with No Buttons

For TVs with No Buttons but the On Command system things get a little tricker. While you can bring a universal remote with you as many sites recommend, this is a bit clunky.

A trick we’ve found that works is to use one of the following methods to bring up the TV setup interface which generally allows you to change the HDMI input on these TVs.

Usually one of these will work:

Most newer Marriott hotels, as well as those that have been refreshed have Internet TVs and more have input panels that work with the TV.

On these systems you can generally use the TV remote to change inputs. However, what is important is that you plug your streaming stick into the control box NOT the TV. HDMI on the TV is actually HDMI port on the control box. If you plug it into the TV you have to hack the system to get the HDMI port to work. That isn’t necessary.

On these systems you can generally use the TV remote to change inputs and plug directly into the TV, just like you would at home.