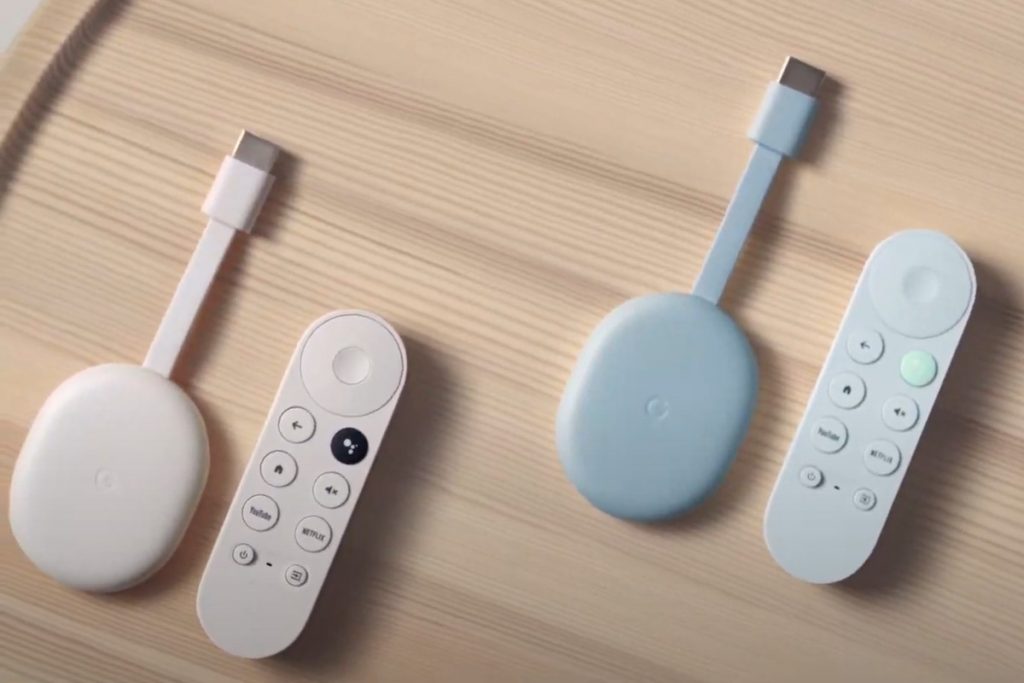 Google recently announced its newest Google Chromecast, officially the ‘Chromecast with Google TV’. The new device is a significant departure from the previous Chromecast devices. It’s moves away from the app only mobile centric approach of the previous version of the device.

The new Google Chromecast adds ‘Google TV’. This is Google’s recently rebranded effort to consolidate a number of it’s TV centric apps into a single brand. This includes Android TV. The new Chromecast jumps full into this approach.

The new Chromecast with Google TV varies greatly from previous versions of the Chromecast. The most obvious way is the entire user interface. And we’re not just talking about graphics or icons, the entire way the system works is different.

The first three generations of Google Chromecast were centered around a passive device controlled almost exclusively through mobile apps or SmartHome devices. There was no way to launch or stream shows directly from the older Chromecast without another device to control it.

The newest version of the device integrates what was formally known as Android TV into the on TV experience. In addition, it is bundled with a remote allowing you to control the device. Previously, apps were installed on phones, or integrated into Google Home devices. Now, apps are installed directly on the device.

The pro is that the device is truly independent. You can control the device with the remote and you won’t need to pull out your phone. Also, the device can have apps on it you don’t have on your phone.

The downside is while not everyone loved the Chromecast approach of decentralized management via phones, it seems like Google caved and has had to admit they were wrong to try to rethink the streaming experience. The experience feels about the same as any other – browse apps via a remote and launch shows.

We’ll let you decided for yourself. For a household device that is used occasionally we don’t see a lot of benefit of the change. As a travel device or central streaming hub, it’s a HUGE improvement.

How Is it For Travel?

The new Chromecast with Google TV is a massive improvement over the previous Google Chromecast in travel scenarios. In our previous review of streaming sticks for travel, the Google Chromecast is the only device we absolutely would not recommend for travel. We didn’t recommend previous versions for two major reasons: it’s lack of support for hotel, airbnb or other third party WiFi and its inability to work with captive portals.

The Google TV portion of the new Google Chromecast works great on hotel WiFi. We did not experience any problems clearing captive portals or streaming apps.

However, the casting portion still has many of the challenges of the previous generations. Most hotel WiFi networks run in what is known as isolation mode, which prevents different devices from talking to each other. This is intended for security. It also means you may not be able to reach your Chromecast device to cast. If you are looking at the Chromecast to cast to regularly, for presentations or as a monitor, read further below about using a travel router which eliminates this problem.

Also, the new Google Chromecast does not appear to perform substantially better in our streaming device performance reliability. While we did not re-run the full test, our experience when hitting notoriously poor hotel WiFi is about the same. Expect some choppiness that Roku and Amazon seem to avoid.

The newest generation Google Chromecast handles captive portals pretty well. While browsing portals with the remote can be a bit cumbersome, we did not have an trouble seeing the portal displayed or entering information. This also, is only true of the latest generation with Google TV. Previous versions did not handle captive portals at all.

What Is A Captive Portal?

If you are unfamiliar with captive portals, they are the popups you get that prompt you to login or provide additional information prior to using the Hotel, AirBnb or other locations WiFi. Captive portals are rarely used at most AirBnb’s. However, at most hotels they are common place. Very few hotels allow you to use their WiFi without accepting terms and conditions, entering a room name, an additional password screen or other consideration.

Something rarely discussed by non-travel sites is the automatic remote config. While at home this is a one time thing, at least until you buy a new TV. However, when traveling each new location has a new TV. If you want to be able to use a single remote to control the volume and power on your TV and your streaming stick, you’ll likely want a device that can automatically detect the TV.

For the devices that have this feature, all you need to do is connect via HDMI to a newer TV. Most TVs since 2016 support identification via HDMI that the supported devices can use to configure the remotes.

The newest Google Chromecast does not appear to automatically detect TVs like the FireTV Stick and Roku do. In our experience with the same TVs we needed to manually enter the brand and model. This is cumbersome, both because in many instances you may not know the specific model. However, with the LG TVs specifically we did have decent luck just guessing at the closest thing.

Chromecast with Google TV and a Travel Router

We’d still highly recommend using a travel router when with a Chromecast with Google TV. There are two primary reasons:

This is in addition to a number of other benefits you’ll see from the best travel routers such as optimized and improved travel WiFi experience, higher security without needing a separate app and simpler overall experience connecting without needing a lot of technical know-how.

Finding Power For Your Amazon Fire TV Stick In A Hotel – Many hotel rooms don’t make it easy to find power sources for your streaming stick. Here are a few tips and tricks that may help you.

Changing Input On Hotel TVs – many hotel TVs don’t make it easy or obvious how to change the input on the TV. This guide will provide a few tips and tricks.

Resolving Issues With The Captive Portal – while the 4th Generation Chromecast with Google TV works with many captive portals, you may still encounter a situation where you cannot scroll, browse or enter information into a hotels captive portal. Here are a few tips and tricks to bypass the captive portal.