How The 3G Sunset Will Impact Cellular Hotspot Users

How The 3G Sunset Will Impact Cellular Hotspot Users 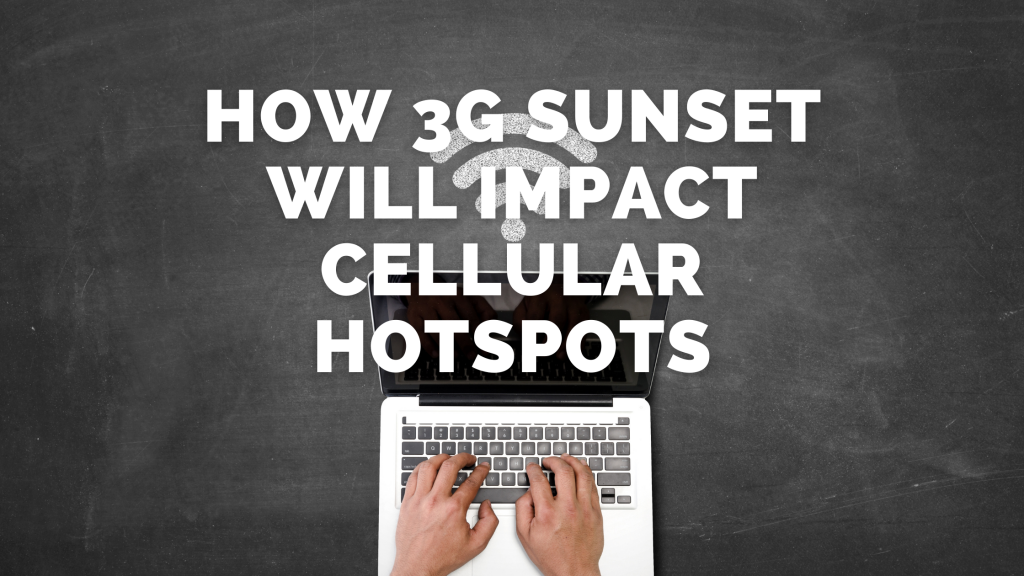 You may recently have gotten an email from your cellular carrier or hotspot provider talking about the upcoming 3G Sunet. What does a 3G Sunset mean for you and your hotspot? While your carrier or providers email may have explained some of what happens, if you are a digital nomad or rural user who still occasionally relies on 3G to maintain connectivity, you may still have questions.

What Is the 3G Sunset?

The 3G Sunset is a term that has been coined to refer to major cellular carriers turning off 3G connections. Like the end of analog cellular and 2G before 3G came around, at some point carriers simply not longer want to continue supporting older technologies.

When the carriers “sunset” or turn off 3G, the will no longer support non-LTE connections to their cellular towers. This includes cell phones, hotspots and Internet of Things (IoT) devices.

When Is The 3G Sunset?

The dates of the sunset vary by carrier. To make things more confusing, because you may “roam” with your cellular hotspot on different carriers (in some cases without even knowing it), the date you are impacted may also vary. Here is a high level list of major US and Canadian carriers and their published sunset dates.

Also, in most instances US carriers are no longer selling any 3G only devices.

How Will The 3G Sunset Impact Me? What Does It Mean In Practical Terms?

However, there are a few cases where the impact could be significant:

If you have a 3G only device, it’s probably long past time to upgrade. If you have a newer device with LTE support, but routinely use a 3G connection due being a rural area or in a building with reduce connectivity you may want to pay attention to these dates. Most are not expected to be extended.

3G had better range and in-building penetration, so ensuring you can get an LTE connection is going to be critical. In addition you may find by moving to LTE connections now you will also see better performance out of your hotspot.

Bottom Line – if you have a 3G only device or connect regularly to 3G you should be paying attention.

What Can You Do If You Will Be Impacted?

The 3G Sunsetting will not have a significant impact on Go Connect devices or customers. All Go Connect Go Travel Pro devices are 4G LTE capable. In addition, all those devices can fall back to 3G while available.

While there may be some reduction in coverage in places where the older 3G connection was stronger than 4G, in most instances our provider partners maintain sufficient LTE coverage in the places where 3G was previously available.

Also, due to our wide variety of carrier partners, our devices will continue to use 3G where LTE is not available. Since we do not rely on a single carrier for our service, 3G services likely will remain available in many places until 2022 or even beyond.